Ludus Duodecim Scriptorum or Duodecim Scripta for short is Latin for Game of twelve Marks. It was a game made popular by the Roman and can be dated back to around the 2nd century BC. It is believed, and more than likely is the precursor to backgammon. The game Tabula is also thought to have derived from Duodecim Scripta and also believed to be a contributor to the formation of backgammon.

“ Archaeologists have excavated all sorts of boards, pieces and dice, and there are even some descriptions of the game in Latin poems, but there is no ancient set of real rules……The oldest Roman boards have three rows of twelve playing squares, divided down the middle by a gap, which is sometimes decorated. Romans had a fondness for marking out their boards with letters instead of squares, sometimes with rude messages……Later the boards were reduced to two lines of twelve. These new forms certainly look more like backgammon boards.” Part text by Dr Irving Finkel in his book: Games – Discover and play 5 famous ancient games. Published by The British Museum. 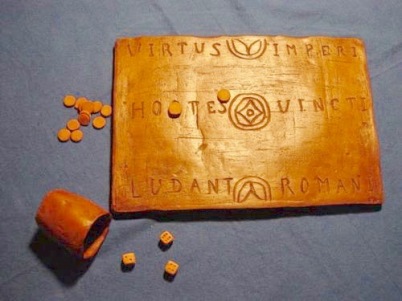 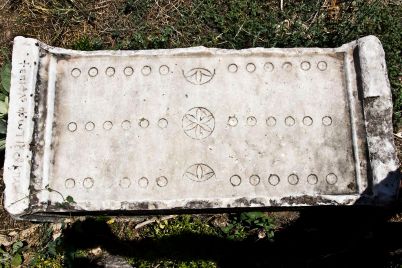