Mancala is a count-and-capture board game with an ancient heritage. There are hundreds of variants found around the world. The playing equipment can be as simple as stones or seeds as the playing pieces and holes dug in soil or boards with holes as holding cups.

Evidence of Mancala games have been found by archaeologists in Aksumite Ethiopia in Matara (now in Eritrea) and Yeha (in Ethiopia), dating back to between 500 and 700 AD. The word mancala is derived from the Arabic word naqala, which means “to move.” In North Africa and the Mideast, the word mancala refers to a class of game rather than any particular game.

You will see references to the game going back thousands of years. It is a simple enough setup to be played on an earthen surface, with seeds and holes, but the solid archaeological evidence doesn’t exist documenting earlier origin.

There are many versions played by tribes and peoples throughout Africa, with different names, such as Wari, Warri, Awari, Oware, and Wouri. The game is played in the Baltic areas of Europe but didn’t spread through Europe. It traveled with Arab culture and trading to India, Malaysia, Indonesia, and China.

Mancala arrived in North America with the slave trade, as the forcibly enslaved people brought their culture to the Caribbean and America. It became popular in Louisiana as Warra and turned into the commercial version, Kalah. The Cape Verde version, Ouril, was brought to New England by immigrants 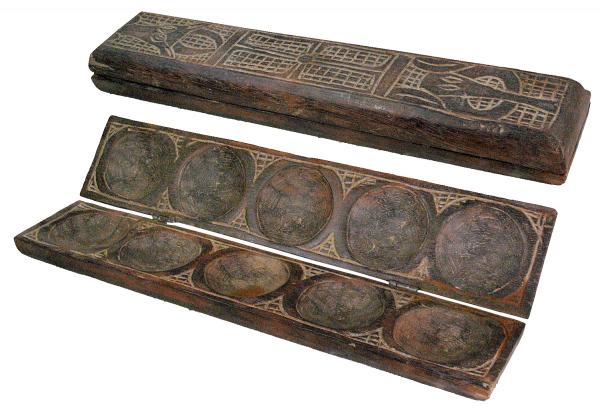 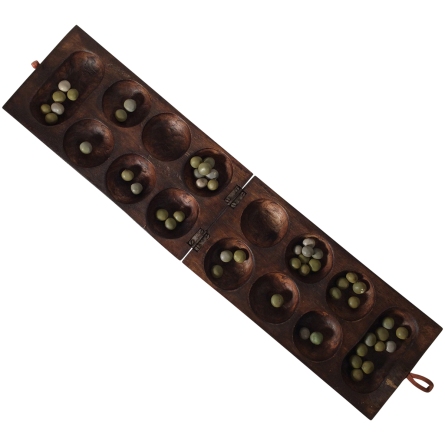 How To Play Mancala Text: https://www.thespruce.com/how-to-play-mancala-409424