Pachisi is a typical race game with beehive shaped pieces and cowrie shells for dice or four-sided wooden long dice. The game board is set out in a cruciform shape with four arms. Each arm has three rows of eight squares. The middle row is the row that leads away from and back towards the home square that sits at the centre of the board. Only your pieces move up and down this row on your designated arm.

Contact between opponents’ pieces can only take place on the perimeter squares around the board and the route is counter-clockwise.

In addition to chaupar there are many versions of the game. Parcheesi, Sorry!, and Ludo are among the many Westernized commercial versions of the game. A similar game called Parchís is popular in Spain and northern Morocco. Parqués is its Colombian variant. The Jeu des petits chevaux (Game of Little Horses) is played in France, and Mensch ärgere Dich nicht is a popular German variant. It is also possible that this game led to the development of the Korean board game Yunnori, through the ancient kingdom Baekje.

The game of Pachisi was played by 16th century Moghul emperor, Akbar in a truly regal manor who had an outdoor board in his palace at Fatehpur Sikhism. The Court itself was divided into red and white squares, being the board, and an enormous stone raised on four feet, representing the central point known as the Charkoni. It was here that Akbar and his courtiers played this game; sixteen young slaves from the harem wearing the players’ colours, represented the pieces, and moved to the squares according to the throw of the dice. It is said that the Emperor took such a fancy to playing the game on this grand scale that he had a court for pachisi constructed in all his palaces, and traces of such are still visible at Agra and Allahabad.

“To date, these grandiose boards still represent the earliest secure evidence for the existence of the game in India. The game’s role in the history of India still remains to be investigated. It is often assumed that the gambling game that plays so significant a role in the Mahabharata, the classical literary epic, is pachisi, but the descriptions, such as they are, do not tie in with the game, and this conclusion is perhaps erroneous.” Dr Irving Finkel. 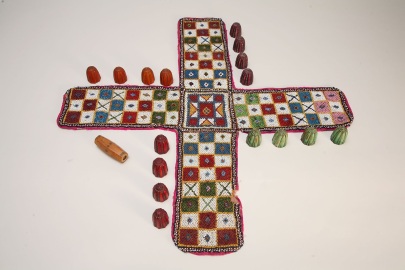 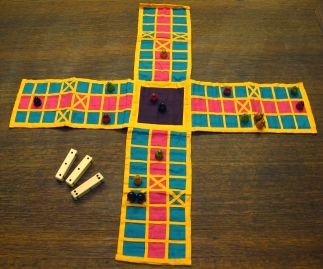 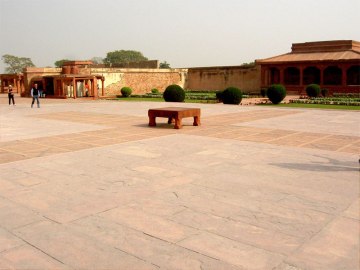 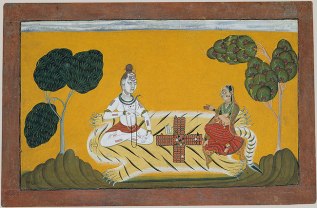 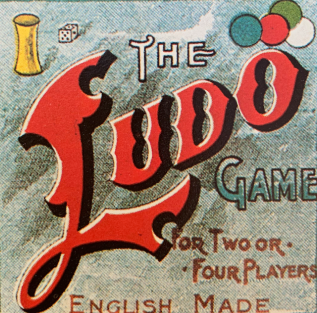